Help with depression from a look at Elijah.

One of the mighty men of God who I admire for his boldness is Elijah... Elijah said to the demon pagans of his day something I pray, I will soon say to the whole worlds roman church leaders and pastors of the "mother church" and her harlot daughters "Lets you and I test our Gods". 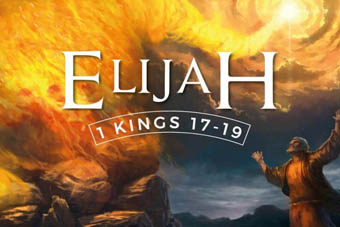 Elijah's life was filled with turmoil. At times he was bold and decisive, and at other times fearful, he demonstrates victory and defeat, followed by recovery. Elijah knew both the power of God and the depths of depression. . Elijah was a strong man of Yahweh who had the Spirit of Yahweh "on him" so that he did 16 miracles and was able to bring Yahweh's wrath on the leaders of Baal and went so far as to laugh at them and mock them and their god (had a high mood even euphoric). Just after Elijah killed the leaders of Baal and hearing that Jezebel was out to kill him Elijah ran into the wilderness and become so depressed that he asked God to Kill him (had a very low mood even suicidal).

Elijah at a high point. 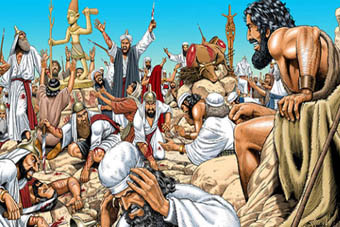 WAS ELIJAH BIPOLAR? I believe Elijah was bi polar and it was his bi polar personality that kept him dependant on Yahweh in a very special and unique way, that I can fully understand and empathise with. What we learn about Elijahs depression was that it was helped when he tuck a long sleep with a good rest and had a good meal. The one thing I remember about my time in rehab for alcohol abuse was the great food and plenty of it and the delicious variety. You see in rehab the first thing that needs building up is your body with plenty of nourishing food so that they can then work to help your mind which has been damaged by the fact that alcoholics don't eat good food and get most of their nourishment from the false calories found in alcohol.

The weather in our head.

I can only boast of the salvation I found in the finished work of Yeshua and the calling on my life from the Creator Yahweh. I in the past have had 3 suicide attempts 2 of them led to an overnight stay in hospital. I was introduced to a great and blessed man who helped me understand my depression and make the depression my own so that I could control it and cope. My shyness and depression saved me from a life without Yahweh.. I know I could not have done all I have done for good without the hand of Yahweh bringing me to where I am today BOLD and ready to challenge the Baal followers in the modern roman churchs and denominations by saying to them "Lets you and I test our Gods.

Depression is now the common cold of illnesses in the world and IS NOT demon possession. Please ask yourself "is the menopause demon possession when manifested as an "out of control condition"?? NO IT IS CHEMICAL.

Some famous people alive today who have suffered with mild to server depression and even sucidel thoughts and attempts include 1/ Dolly Parton 2/ Brad Pitt 3/ JK Rowling 4/ Emma Thompson 5/ Catherine Zeta Jones 6/ Johnny Depp and many many others.

One thing you should understand and take to heart about these people with depression is that they all achieved great things in their life despite there "illness".

HISTORIC PEOPLE WITH DEPRESSION. In 1861 Contemporaries described Abraham Lincoln's periods of profound sadness and even suicidal thoughts as "melancholy." Today, we know that America's 16th president was actually battling clinical depression. Winston Churchill British Prime Minister who did huge work bringing England out of a world war referred to his recurring bouts with depression as his "black dog." But his physician, Lord Moran, took note of Churchill's depression — as well as his mania, suicidal thoughts, and sleeplessness — and made a more official diagnosis of bipolar disorder. 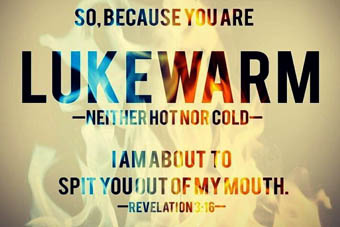 The Creator God looks favourably on those who are "HOT AND COLD" it is the people who are LUKE WARM He spits out.... People who understand their depression are seldom "LUKE WARM"" May Yahweh the Father of our Lord Yeshua Bless you with an understanding of your depression and the depression of others, and with the power of The Holy Spirit heal all who need healing and bless those who are never "LUKE WARM".

ELIJAH MOCKS 1 Kings 18:27. About noontime Elijah began mocking them. "You'll have to shout louder," he scoffed, "for surely he is a god! Perhaps he is daydreaming, or is relieving himself.[b] Or maybe he is away on a trip, or is asleep and needs to be wakened!".

ELIJAH ASKS TO DIE 1 Kings 19: 4 Then he went on alone into the wilderness, traveling all day. He sat down under a solitary broom tree and prayed that he might die. "I have had enough, LORD," he said. "Take my life, for I am no better than my ancestors who have already died."....

THE CREATOR DOES NOT LIKE LUKE WARM CHRISTIANS ...Rev 3:15 I know your deeds; you are neither cold nor hot. How I wish you were one or the other. 16 So because you are lukewarm—neither hot nor cold—I am about to vomit you out of My mouth. 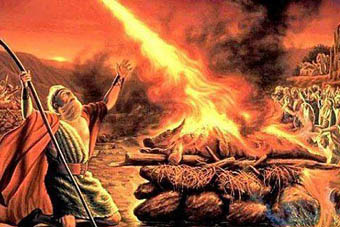 Click the picture to see an uplifting and funny video from the Blessed Chonda Pierce "A Christian perspective on depression and help! 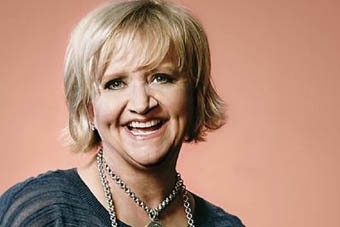 My name is Chonda Pierce. I am a comedian, and I am depressed. Sounds like the start of a great 12- step meeting, doesn't it? But it is what I confess to thousands of people every night from a stage since falling into that dark pit and climbing back out. You can also click here to see the video. Agape to you and yours.
Share:
Share