As Bible believers we must be able to discuss all of the Bible and not just the nice bits that tickle us and say we are special. We must be able to tackle “the dark side of the Bible” because if we cannot answer the tough questions it might cause us to have a big spiritual fall and loose all our faith. The people of the world are not stupid and it is often the Christian who looks stupid for saying “I have read the bible many many times” when in reality he has never read the Bible. 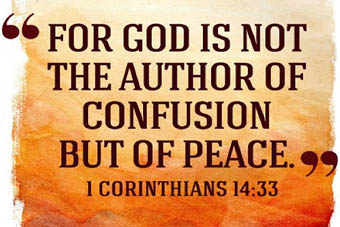 FIRSTLY SOME DEFINITIONS PORNOGRAPHIC = showing or talking about sexual activities in a very obvious way that is intended to make people aroused and sexually excited..

BIBLICAL DEFINITION OF SEXUAL SIN = JUST THINKING ABOUT THE ACT OF SEX OR HAVING SEXUAL IMAGES OF ANY KIND IN YOUR THOUGHTS OR INTENTIONS ABOUT ANYONE WHO IS NOT YOUR WIFE
But I say unto you, That whosoever looks on a woman to lust after her hath committed adultery with her already in his heart.” (Matthew 5:28) 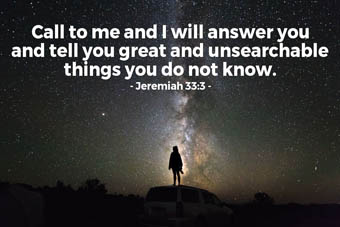 The first chapter of Romans is used in the church to point a finger and condemm the LGBT but if you read Romans 1 you will see it is gay Christians Yahweh hates. The world will always be corrupt and perverse and remember Yahweh sent his son to die for the sins of the world. Yeshua did not come to save "SAVED" people Yeshua came to save sinners. The so called saved people Yeshua met in his day he called "blind guides and Hypocrites.

The early church of Pauls ministry was highly demonic and corrupt in every way. The early Romans were depraved in every form of sexual sin so that the first letter to the Romans was exclusively about their debauchery. Romans chapter 1 is normally called “the gay chapter” by hateful Christians.  In Romans 1 verse 1 to 6, Paul uses niceties that people would include in a letter to people they know well, then in verse 7 Paul mentions WHO the chapter is written to and he says “To all that be in Rome beloved of Yahweh (God) called to be saints. It then takes Paul verses 8-20 to explain WHY he is writing to “THE SAINTS” and then verse 21 is very sad and damming Rom 1:21 Because that, when they knew God, The word “knew” God is the word ghin-oce’-ko which means “to know intimately ....
So the people the book of Romans is written to are Christians “called to be saints who knew God intimately” .. The rest of Romans 1 describes all the sexual sin of Rome which was horrendous.

Solomon lost the fear and respect for Yahweh. 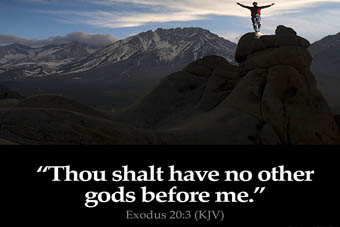 Before I get to the porn a quick note about the wise Solomon the author of the porn. Solomon was given everything he could ever want in 3 wishes (where we now get the idea of the genie in the bottle used by Disney) by Yahweh as a lesson to Solomon and to us that even if you have all the wealth and all the power and everything you could wish for IT WILL NEVER make you happy and it will corrupt you and make you rebel and go against Yahweh (God) ..
IN WORLDLY TERMS ONLY Solomon was the richest the most powerful and wise man in the Bible BUT all the power riches and wisdom got to him and the first thing that went was his mind and soon the devil had him corrupted.. Yahweh was using Solomon to show us today that even if you have a Lottery win and gain everything you ever wished for in the end it will destroy you completely and take you far from the face of God.
Yahweh says “fear (respect) for God is the beginning of wisdom. Did Solomon have fear of God NO NO NO because Solomon had seven hundred wives and tuck wives from the Baal (devil worship) lands of Moabites, Ammonites, Edomites, Zidonians, [and] Hittites.  Solomon went after Ashtoreth the goddess of the Zidonians, and after Milcom the abomination of the Ammonites and soon these pagan whores turned his heart and corrupted his mind so the they had him build towers in worship of their false pagans gods..
These women along with satan corrupted Solomon so that almost every thought was for his wives and how to satisfy them and how they could satisfy him which led to the “Songs of Solomon” were Solomon details the joy of erotic lustful sex and other books and passages glorify the penis and vagina.. Solomon had no fear of Yahweh / God and so IN THE END HE ENDED UP WITH no Godly wisdom.

We must choose who we serve. 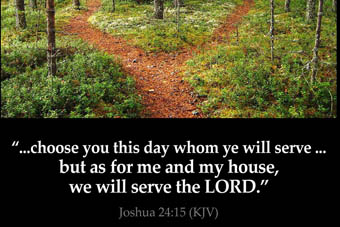 Song of Solomon used to have restrictions on it – Orthodox Jews long practiced the tradition that men under 30 ought not to read it. But why, oh reader of the Bible? What could these pages possibly contain that a young man of 25 could not read them in a Holy Book?
Built like a donkey and cums like a horse Prostitute sisters, Aholah and Aholibah, describe men’s genitals as large as donkeys’ and their ejaculation comparable to stallions’. (Ez 23:19-21)... Eze 23:20 She lusted after her paramours, whose genitals are like those of donkeys, and whose emissions are like those of horses.  PARAMOUR = a lover, especially the illicit partner of a married person.
Heavy petting, ejaculation and oral sex in the Song of Solomon: “I sat down under his shadow with great delight, and his fruit was sweet to my taste.” (2:3),.  A man’s “fruit” is sperm.

King Solomon, who built  “Solomon’s Temple” (the first temple in Jerusalem), loved boobies. He describes them as “two young roes that are twins”, “delights”, “clusters of the vine” and “towers”. And he loved sleeping “all night” between his lover’s breasts. (Song of Solomon 1:13, 4:5, 7:1-13, 7:6-8, 8:8-10) The book Song of Solomon is so graphic in content, monks studying the Bible regularly skipped studying it in case they recant their vows of celibacy. Despite numerous revisions to the Bible over the many years, this sexy stuff in this book has never been omitted nor replaced.

“Come blow upon my garden (vagina), that the spices thereof may flow out. Let my beloved come into his garden (wife’s vagina), and eat his pleasant fruits.” (4:16), Pleasant fruits?

Did Yahweh really instructed one of the greatest prophets in the Bible, Isaiah, to walk around completely naked for 3 years. (Is 20:2-5) when Yahwhas already said “your nakedness is ONLY for you and your wife “ Lev 18:6-23..

Eze 16:26 Thou hast also committed fornication with the Egyptians thy neighbor’s, great of flesh (in context flesh= great penis) and hast increased thy whoredoms, to provoke me to anger.
Eze 16:24 THE MESSAGE BIBLE (in context the YOU in this verse is Israel) “you built your bold brothels and exposed your sluttish sex, spreading your legs for everyone who passed by. WOW would that verse ever be read out in a church ?? Then why is it in the Bible ?

In Yahweh there is no darkness. 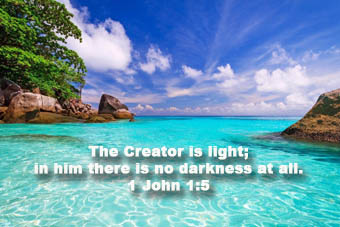 ** THIS EVENT HAPPENED IN THE EARLY DAYS OF HUMANITY AND WAS ALLOWED**  Sarah ordered her 80 year old husband, Abraham, to have sex with her handmaid, Hagar. And he went along with it; the dirty old man! Hagar was presumably good at sex because Sarah was jealous of her and kicked her out of the household. (Gen 16:1-4)  In Genesis 16 Sarah suggests that Abraham should have a child with her slave Hagar, an Egyptian. Apparently, this was a somewhat common practice at the time (also practiced in Genesis 30 by Jacob’s wives): !

King David, one of the greatest kings in the Bible, was a voyeur. He watched Bathsheba bathing, from the roof of the palace. Then, he commanded her over to the palace for sex. This woman was married and she got pregnant from the encounter. How can this be Godly?

2 Sam 11:2-4 And it came to pass in an eveningtide, that David arose from off his bed, and walked upon the roof of the king’s house: and from the roof he saw a woman washing herself; and the woman was very beautiful to look upon. And David sent and enquired after the woman. And one said, Is not this Bathsheba, the daughter of Eliam, the wife of Uriah the Hittite? And David sent messengers, and took her; and she came in unto him, and he lay with her; for she was purified from her uncleanness: and she returned unto her house. And the woman conceived, and sent and told David, and said, I am with child.

Song of Songs 8:1-3 “If only you were to me like a brother, who was nursed at my mother’s breasts! Then, if I found you outside, I would kiss you, and no one would despise me. I would lead you and bring you to my mother’s house-- she who has taught me (how to be a slut ? or Holy women ??). I would give you spiced wine to drink [i.e., her vagina’s wet!], the nectar of my pomegranates. His left arm is under my head and his right arm embraces me.”
She wished if he were her brother so that she wouldn’t have to take him home in secret. Are we now going to also argue that it’s ok for the sister to sexually fantasize about her brother, and to make inappropriate references about him like this?

It you look at the demonic RCC today you will see they have a ravishing and uncontrollable hunger for sex and perversion which cannot be quenched.

If you look at the fake demon filled Christians of today you will see they are preoccupied with all things SEX and it seems it is the only thing on their perverted mind and when they point a finger at a sexual sinner they are really pointing 3 fingers back at themselves..

Remember as ambassadors for Christ it is very important that we can answer the tough questions put to us as we share the Gospels good news with others and that we are equipped with knowledge about all subjects in our Bible so that we are not tripped up and fall when we see something that might offend us and lead us to fall or worse still be laughed at.  Let’s leave the falling to the delusional Christian who thinks our Bible is perfect and untouched by human hands and human corruption. Being able to answer the tough questions makes you stronger and makes sure that you will not be laughed at in the same way the world laughs at the delusional and brainwashed church that have no idea what is in there Bible.

Click on a picture below to read two studies the church simply cannot answer.

The dark side of our Bible explained.