Why people cannot believe in the last days.

Why people cannot believe in the last days.

The final part of The Creator Gods plan for the salvation of man is when our Lord and Saviour Yeshua returns for His Church / Bride. When Yeshua returns Gods joint heirs will be finally FULLY " REDEEMED" and the Creator will regain possession of US in exchange for the payment Yeshua (Jesus) made for us on a tree...

The Final payment on the return of Yeshua will bring Gods people FULL CIRCLE back to where it all started with Adam in the Garden were Adam was in full fellowship with God and was in His presence daily and this time we will forever be with the Lord Yeshua and in the presence of The Creator God and never to fall again. With that said you can see why the defeated one Satan and the devil HATES the thought of "THE RETURN" or "END TIMES" and has done all he can to destroy any joy we should have for our RETURN HOME where it all started...

These false predictions case untold damage to many people who leave Christianity and never return because they believed the predictions of people the Church held in hight regard. Each year thousands are effected by false teachers of false end time events, and the false teachers must be exposed as doing great harm.


Only the truth sets you free. 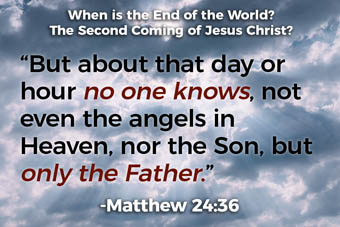 The devil always uses false fake Christians called "tares" who are born of Satan and planted in every single church to destroy everything the Creator God calls special, powerful or a blessing.

Today the "luke warm" and apostate Church (abandoning a religious belief or principle) is powerless and pitiful with only a form of godliness and NO fear or respect for God and just seem to run their mouth off without any Biblical evidence .

We must EXHORT emphatically urge people that we are not in the boy scouts and that this lack of fear or respect for The Creator by default allows Satan to control the Church and allows the "tares" (sons of Satan) to fill the church with confusion and lead them astray with false prophecy of Armageddon and "the end of the world" and do it so many times that the poor unsaved world laughs and mocks the church as "cuckoo" and full of "mad hatter religious freaks" who cannot be trusted or believed on anything they say. 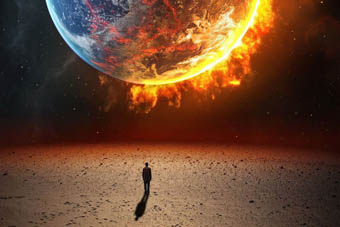 Every single year at around September and October dozens of mislead Christians proclaim with boldness "this is the year" we go home.

Peter the apostle got this answer when speaking to Church people in his day (2Peter 3:4) "What happened to the Messiah's promise to return? Ever since our ancestors died, everything continues as it did from the beginning of creation."..... You cannot blame the UNSAVED scoffers of today when the Church people of Peters time were the original scoffers... The unsaved scoffers of today cannot see any power or integrity in the modern church when they shout "the end is neigh REPENT the end is neigh" one week and then "give us your money and plant a seed" and always have something to sell .

Since 1900 there have been 100s of false claims about the apocalypse, end times and false raptures, the worst offenders are: 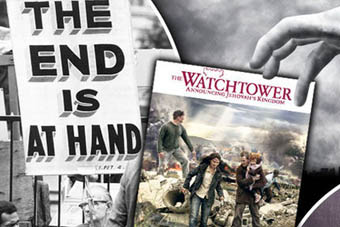 The Jehovah witnesses with 11 there last in 1997. The onset of World War I freaked a lot of people out. But it was especially trippy for the Zion's Watch Tower Tract Society, a group that's now called Jehovah's Witnesses. The society's founder, Charles Taze Russell, had previously predicted Christ's invisible return in 1874, followed by anticipation of his Second Coming in 1914. When WW I broke out that year, Russell interpreted it as a sign of armageddon and the upcoming end of days or, as he called it, the end of "Gentile times." History proved otherwise. 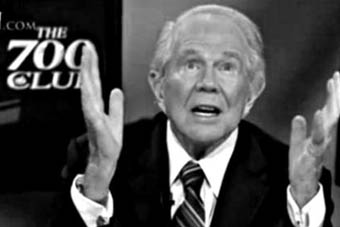 Pat Robertson of the 7 hundred club CBN with 9 false predictions his last was 2007 about the GREAT tribulation. In his 1990 book The New Millennium, Robertson suggests this date 29 Apr 2007 as the day of Earth's destruction. In late 1976 on his 700 club TV programme, Robertson predicted that the end of the world would come in this year.

David Wilkerson, founding pastor of Times Square Church in New York City with 7 misleading predictions his last in 2009 before being killed in a car crash in 2014... March 2009 Wilkerson posted: AN EARTH-SHATTERING CALAMITY IS ABOUT TO HAPPEN. IT IS GOING TO BE SO FRIGHTENING, WE ARE ALL GOING TO TREMBLE — EVEN THE GODLIEST AMONG US. 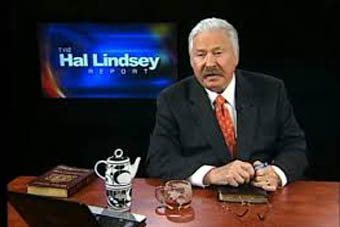 Christian Zionist Hal Lindsey with 7 false raptures and 2 for the future 2018 and 2037.. Hal Lindsey, author of the wildly popular best seller "The Late Great Planet Earth" (Zondervan, 1970). After his prophecies failed to materialize, he wrote a follow-up called "Apocalypse Code" (Western Front Ltd., 1997).! 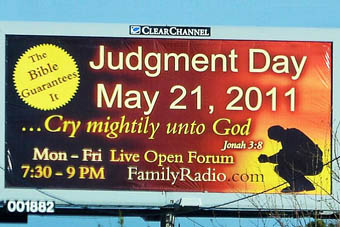 Horold Camping was dramitically wrong in 2011. Harold Camping has publicly predicted the end of the world as many as 12 times based his interpretations of biblical numerology.

In 1992, he published a book, ominously titled 1994? After several unsuccessful predictions in 1994 and 1995, Camping predicted that the rapture and devastating earthquakes would occur on 21 May 2011, with God taking approximately 3% of the world's population into Heaven. When his original prediction of May 21 failed to come about, Camping revised his prediction and said that on May 21, a "Spiritual Judgment" took place and that both the physical rapture and the end of the world would occur on 21 October 2011. Camping predicted the rapture would occur on 6 September 1994. When it failed to occur he revised the date to the 29th of September and then to the 2nd October.

People in it for the money. 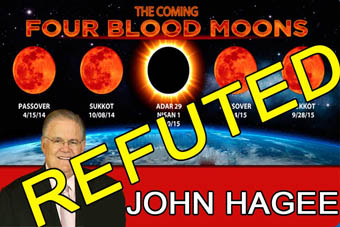 Modern day "tares" who were in it for the money are the disgraceful Walid Shoebat 2 predictions, John Hagee and Mark Biltz who's books on the Blood moons and eschatology (study of end times) are now selling at 95% off because they were 100% wrong..

The so-called blood moon prophecy, first predicted by Mark Bilttz in 2008 and then by John Hagee in 2014. These Christian ministers claim that the tetraad in 2014 and 2015 may represent the beginning of the Messianic end times. Some Mormons in Utah combined the September 2015 blood moon with other signs, causing a large increase in sales of preppers survival supplies. 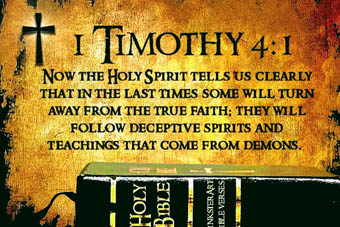 The Creator knew that the church would become powerless and pitiful and that the luke warm church could not save themselves or others AND SO! IN HIS AMAZING WISDOM AND GRACE AND UNCONDITIONAL LOVE FOR MANKIND THE CREATOR WILL PUT THE CHURCH TO SLEEP AND DO THE SAVING HIMSELF. The Creator puts the FAKE church to sleep 2 Thess 2:11 And for this cause God shall send them strong delusion, that they should believe a lie: 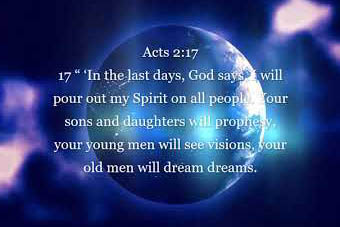 Then The Creator will Himself do the saving Acts 2:17 And it shall come to pass IN THE LAST DAYS, saith God, I will pour out of my Spirit UPON ALL FLESH: and your sons and your daughters shall prophesy, and your young men shall see visions, and your old men shall dream dreams:. The Father of the Lord Yeshua, in these last days is pouring out His Holy Spirit to all people in order to show what is to come in the future, so that all will know the truth, be prepared, and have an equal opportunity to get saved and in heaven. Yahweh is now pouring out His Holy Spirit on all People In a way that will amaze, astonish, and save.

Please do not reject the truth. Rejoice in the truth.

So in conclusion unlike the tares who claim "the end" using just 1 idea or event we must look at the whole Bible were there are many many events and timelines that are ALL running side by side and will converge in time to bring about a huge event and the Father will give the last generation the most clear and vivid warnings.

So in conclusion unlike the tares who claim "the end" using just 1 idea or event we must look at the whole Bible were there are many many events and timelines that are ALL running side by side and will converge in time to bring about a huge event and the Father will give the last generation the most clear and vivid warnings.

SO are we living in the last days YES are we close YES and when will it happen NO PERSON KNOWS so watch and pray!